Thank You For Watching Valentine in the Vineyard!

Thank you for watching! 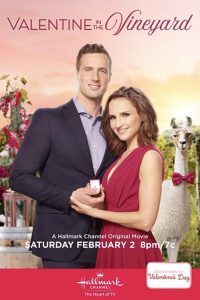