The WGA is creating a list of the Top 101 Screenplays of the 2000s (So Far), from movies released between2000 and now. WGA members were asked to pick their personal Top 15 so I did way too much research of top movies, nominated movies, and favorite movies from those years and came up with the below. I’m sure I missed something I loved more, but this is what I submitted.

Note this is not what I would necessarily list as the best movies of the 2000s. Sometimes a movie is great because the performances or the production elements elevate what otherwise would just be an “okay” screenplay. These are the movies that I think were great because of the script first. 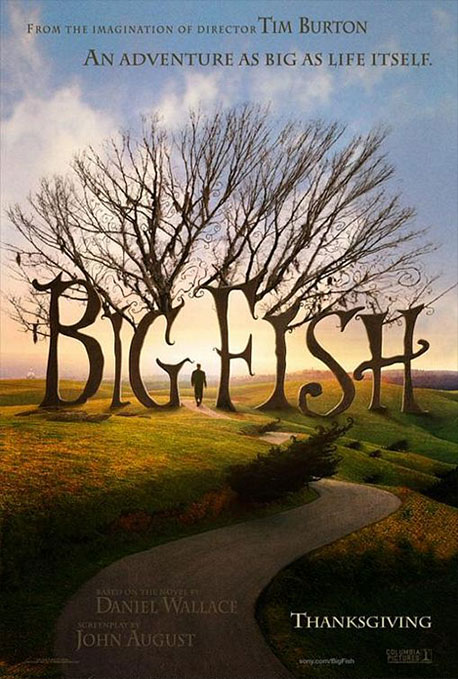 Screenplay by John August based on the novel by Daniel Wallace

A quirky, charming, and emotional fantasy about a man trying to connect to his eccentric, tall tale telling father before he dies. The way the story builds to the scene at the end (no spoilers) is masterful, allowing the characters and the audience to see reality not come crashing down, but land softly in a way that is both heart warming and heart breaking. Quite simply, a lovely movie. 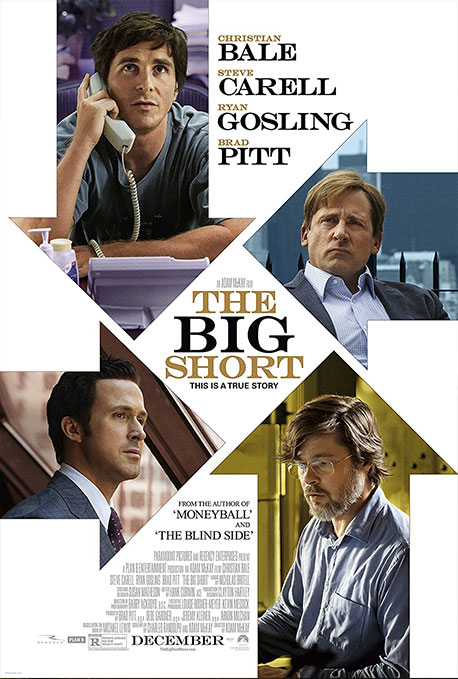 You’d think a movie that digs deep into the arcane money mechanics that brought about the financial crisis of 2007-2008 would be a total snooze, but the unconventional structure, employing people like Margot Robbie in a bubble bath to explain mortgage bonds, is genius.  It’s funny and infuriating at the same time and one of the most unique screenplays ever written. 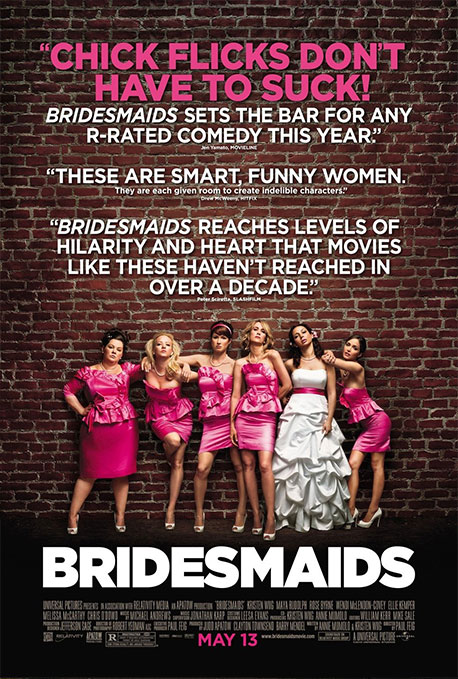 Yes, some of the funniest moments in the movie were improvised, but a lot of it was purely the comedic brilliance of Mumolo and Wiig.  Look beyond the raunchy humor, though, and you’ll see a surprisingly deep exploration of the fears and insecurities of these characters and the places they are at in their lives.  Or screw all that and just laugh your ass off.  “It’s like lava!” 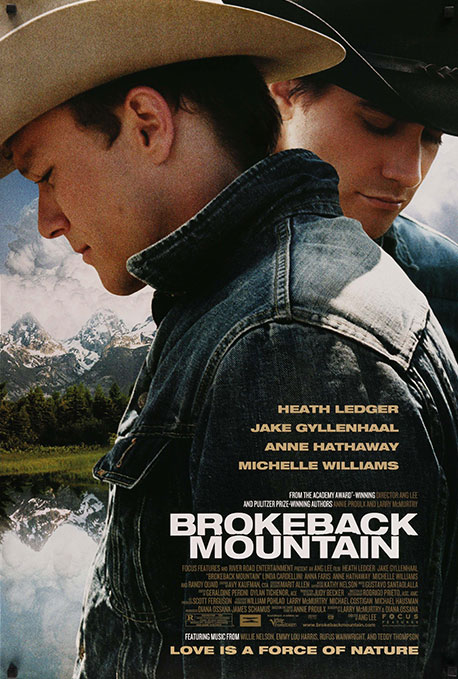 The easy thing is to call this script groundbreaking, which it certainly was for its exploration of a complicated sexual relationship between two “cowboys” in the 1960s through 1980s.  But dig deeper and what you have is a tragic love story between two people who “can’t quit” each other, filled with both heartbreak and hope.  The performances were spectacular, of course, but this is so beautifully written that the actors had a lot less work to do to make it the masterpiece of cinema that it became. 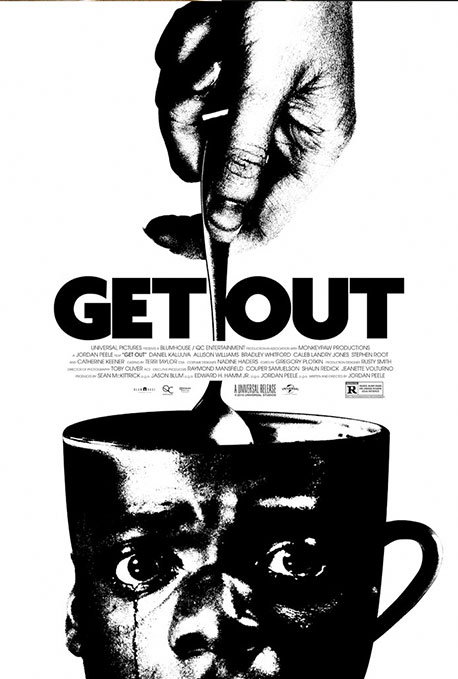 In most thrillers, they jump right into the deep end of the terror pool, skipping things like character, story, and mood development in favor of getting to the part they think audiences came for – the scares.  But this script, about a black man visiting his white girlfriend’s parents, takes its time, spending the first hour or so keeping the creepy on a low boil while allowing us to become fully invested in the characters and what’s happening to them.  It’s like a roller coaster that is going up a really, really long first hill.  When the scary part of the ride really starts, it is all the more thrilling because of it. 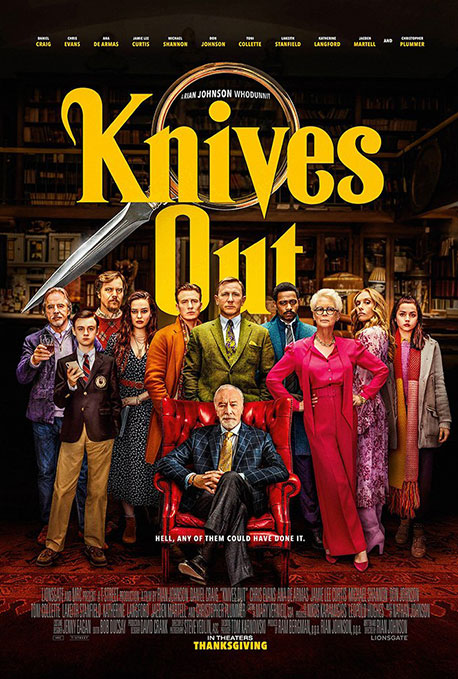 Here’s one for all those people who see twists in mysteries coming a mile away.  This deliciously macabre tale is about a detective trying to solve a murder by working through the clues left behind by a deliciously twisted family.  As a whodunnit, it is at or near the pinnacle of the genre, with jaw-dropping reveals that are even more surprising when you see that the clues were right in front of you the entire time.  Throw in a healthy dose of laugh-out-loud humor and this becomes an instant classic. 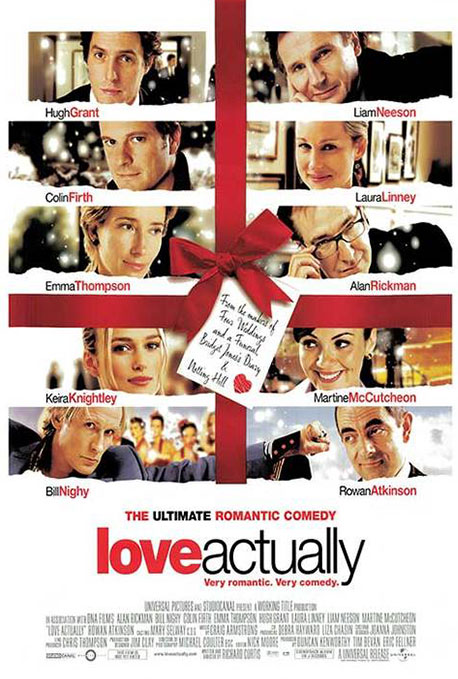 The inclusion of this on the list will probably elicit some strong love-it or hate-it reactions.  Yes, looking back on some of the intertwined, Christmas-themed love and loss stories now can elicit a cringe – dude, the cards are cute but she’s married to your best friend – but every one of the characters is a fully-fleshed human, a feat made all the more remarkable by the fact that none of their stories gets more than about 10 minutes of screen time.  It’s virtually impossible not to care and root for every one of them, even the ones who do cringe-worthy things (dude, you’re married… to Emma f-ing Thompson!). 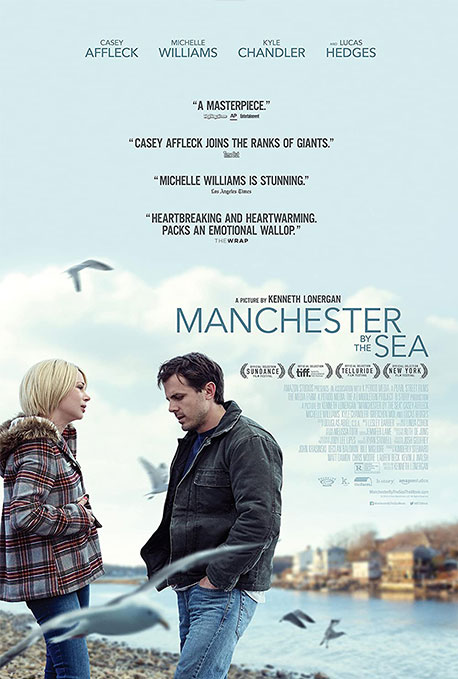 Manchester by the Sea

Tragedy is tricky.  It’s very easy to sway into maudlin territory and even easier to miss the mark all together, leaving the characters and audiences cold.  But this screenplay threads the needle perfectly, exploring the complicated relationship between a man and his nephew after heartbreaking losses have left them both incapable of human connection.  There’s a scene in a police station that is shot without dialogue, lending even more devastating power to what happens and what follows.  Tough to watch, but impossible to look away from. 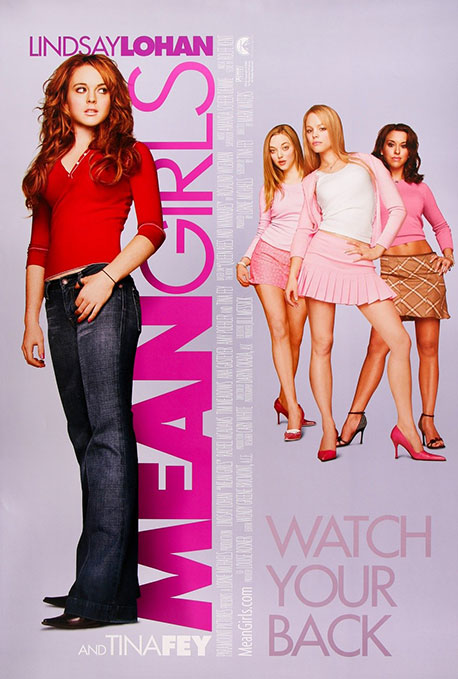 In the pantheon of great teen movies, this one rises to the top of the heap for its unblinking examination of what it means to be mean.  Sure, it’s one of the funniest movies ever written, but the social commentary about high school politics (hint, it’s not just about high school) and the things we do to survive in the proverbial jungle elevate this beyond the typical “will he take me to prom” hijinks.  This is one of those you can watch over and over again and never get tired of. 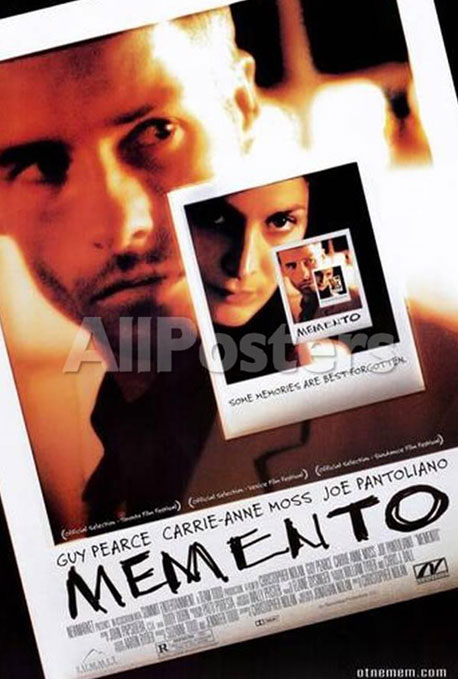 Yes, he gets two places on this list and neither of them are for a movie with the name “Knight” in it.  Like “Inception,” this script takes the rules of screenwriting and throws them out the window… then burns them, buries them, digs them up again, and runs them over with a truck.  Told in both chronological order and in reverse – with the end of the movie at the beginning and vice versa – it’s the story of a man with amnesia who can’t remember anything for longer than 15 minutes.  As he tries to piece together the horrible things that have happened to him, it plays tricks with the audience’s minds in ways that very few screenplays have ever dared to do.  A work of art. 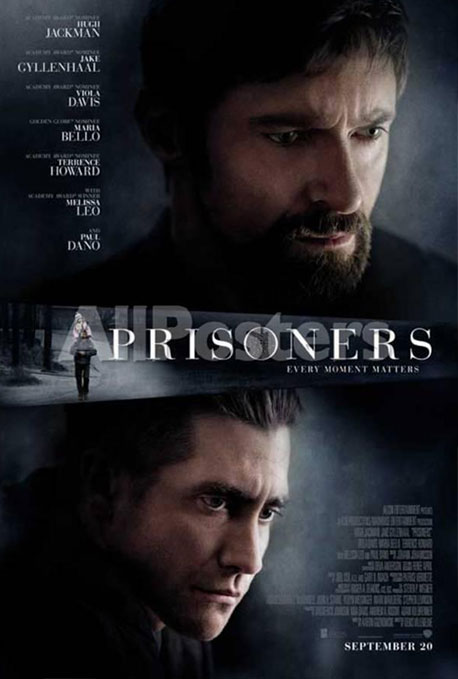 Although it made money, got nominated for some awards, and was a critical success, this movie seems to have flown under most people’s radar.  That’s a shame, because it’s a masterful blend of thriller, whodunnit (or rather, didhedoit), and family drama that elicits both scares and heartbreak along the way.  While a police detective hunts down two missing girls and runs into bureaucratic obstacles, the families of those children take matters into their own hands, leading to a climax that will literally leave you on the edge of your seat.  Dark and twisty, yet incredibly human, this is a script worthy of more acclaim than it got. 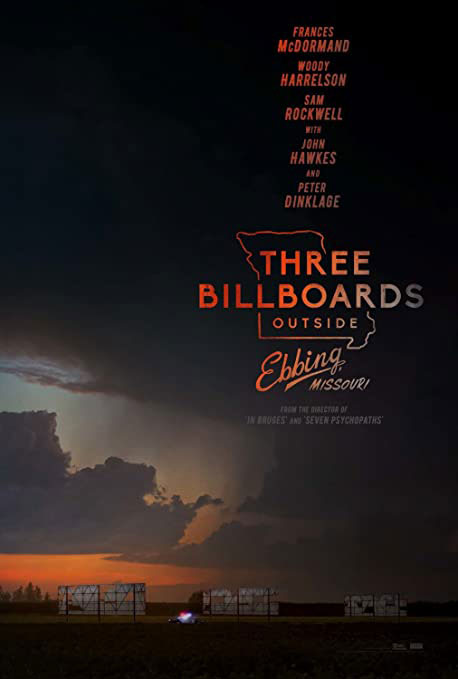 Outside of superhero movies, it’s not easy to create an anti-hero, a character who does questionable – and sometimes unquestionably bad – things but still makes audiences root for them.  This script does just that as it tells the story of a woman who will not give up until the murderer of her teenage daughter is caught and punished.  In other contexts, most of what she does along the way is pretty awful, but here it is not only understandable but worthy of cheers.  The performances undoubtedly sold it, but they were built on a rock-solid foundation. 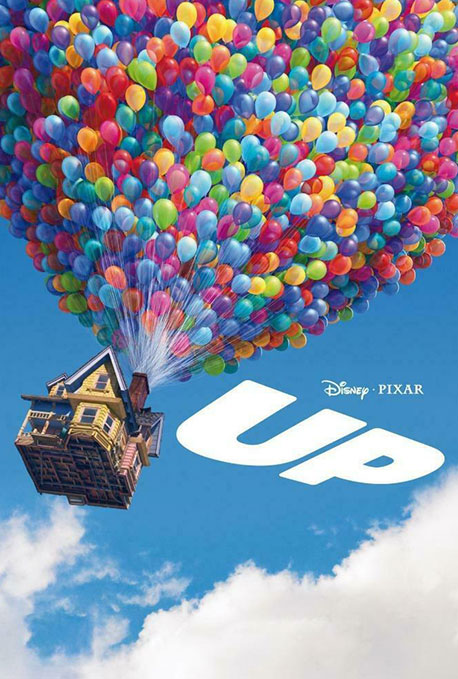 You can have your “Toy Story” and your “Finding Nemo” and almost every other Pixar movie, but this one remains their undeniable best.  Telling the story of a man who ties balloons to his house so he can travel to South America and fulfill a promise he made to his late wife, it is pure magic, from the devastating first few minutes to the exquisitely emotional final moments.  Along the way it gently guides you through flashes of wit, humor, heartbreak, fear, and unbridled joy in ways that few other movies have ever done.  An absolutely perfect film made from an absolutely perfect script. 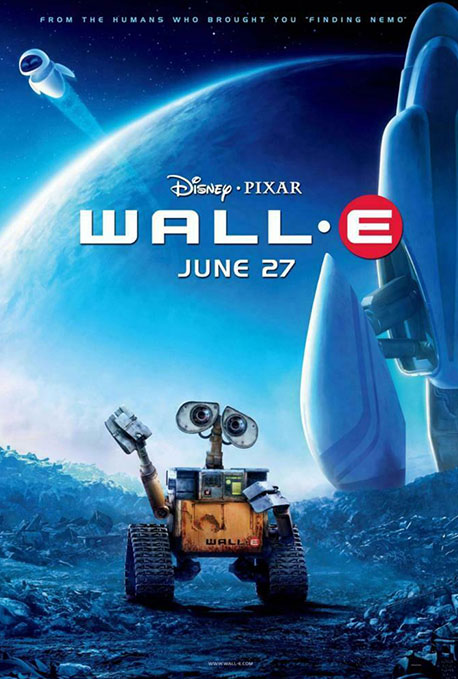 You’ll notice in the blurb about “Up,” I said, “almost every other Pixar movie.”  Simply put, if “Up” is Pixar’s best, this one is a very, very close runner-up.  Think about the story for a moment – a trash collecting robot on a future uninhabitable Earth falls in love with another robot.  Yes, it’s the kind of stuff that cartoons are made of, but here it becomes part epic love story, part social commentary, and part action adventure and somehow manages to humanize both the buckets of bolts at its center and the human beings around them.  That’s a lot for any script to do, much less do it this well.