Royal Ratings; Frozen in Love Up Next

Thank you to everyone who watched Royal New Year’s Eve.  The ratings were fantastic:The #1 ad-supported cable movie of the week!

Up next is Frozen in Love starring Rachael Leigh Cook and Niall Matter.  It premieres on Saturday, January 13 at 9/8c on Hallmark Channel. 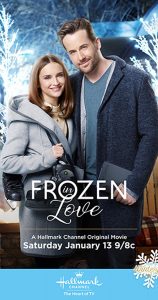