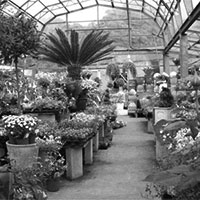 Botanist Jenny has traveled all over the world in search of a rare plant that is said to bloom only once in a lifetime. When she returns to her hometown she runs into the popular kids that teased her mercilessly as a kid, Jenny finds out that the things she has been looking for her whole life may have been right in front of her the entire time.

When Jenny Taft was a kid, she was what can only be described as a “nerd,” more interested in reliable flowers and plants than in her peers who often teased her relentlessly. Now in her mid-twenties Jenny is finishing her PhD in botany, having traveled the world in search of a rare plant that is said to bloom only once in a lifetime. When Jenny’s mother announces she is selling the family house to downsize, Jenny goes home for the first time since high school and finds a lot of her past coming back to haunt her in the form of memories of her father, her relationship with her eccentric mother, an old friend with a rapidly expanding family, the guy that she had an unrequited crush on in high school, and a teenager who is falling into all the same patterns that she did. Through it all, Jenny finds out that the things she has been looking for her whole life may have been right in front of her the entire time.

Jenny Taft –Mid 20s
She was a nerd in high school and probably would still be considered one if she was ever around people long enough to be judged by them. Her studies as a botanist take her around the world but she spends more time with plants than she does with people, a situation that she has embraced for most of her life. Jenny is pretty good when in her element – nature – but put her in society and she’s a fish out of water, with her inner nerd returning with a vengeance.

Shane Arlington – Mid 20s
He was the most popular boy in school – the jock, the class president, and all around superstar. Jenny worshipped him as well but he didn’t know they existed. But life after high school wasn’t what he expected it to be and was forced to give up a football scholarship after his parents passed away and he had to stay in his hometown to raise his little sister. He is coaching football and teaching PE at his alma mater, a fact that makes his social climber of a fiancé crazy. Sam is struggling to reconcile what he wanted to be with who he is expected to be and who he actually is.

Francesca (Frankie) Myers – 17
Sam’s little sister is a basically “Jenny, The Next Generation.” Incredibly smart and able to write software code better than some with masters’ degrees in computer science, Frankie is a total social outcast and just as awkward around people as Jenny was (and still is to a certain degree).

Nancy Rutherford – Mid 20s
Jenny’s best friend from high school was a goofy, insecure nerd but has grown up into a capable, get-things-done mother who doesn’t have time for anything other than efficiency. She is quick to laugh and has the biggest heart in the world, but she can also kick butt when it is necessary.

Allison Crane – Mid 20s
Her and her cheerleader friends the high school with an iron pom pom, making life miserable for anyone who wasn’t popular including Jenny. She really hasn’t changed much and is getting tired of waiting for the glamorous life she thinks she deserves.

Lane Taft – Mid 50s
Jenny’s mother used to be a free-spirit, who was obsessed with getting into the Guinness Book of World Records for one wild and weird thing after another. But after her husband died, Lane took a safer, quieter, less adventurous route through life. Now she’s hit the point in her life where she is wondering what she may have been missing out on for the last decade or so.

Madison Arthur – 17
The next generation of mean girl who torments Frankie.

Ethan Reece – 17
The next generation of Sam, the most popular boy in school who is the object of Frankie’s affection.