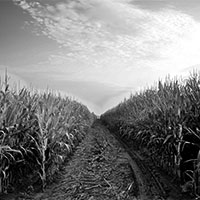 One of the most critically acclaimed plays in my library, “17 Days” is a deeply emotional and funny tale about four adult siblings reunited by a death in the family who each must come to terms with their past and their future.

The MacArthur family is not the kind of clan that you’d see in a painting by Norman Rockwell. Eldest sister Elizabeth is a conservative United States Congresswoman up for re-election; Mary Ann is an overprotective widowed mother of two feisty teenagers; Jenny is a twice-divorced rebel without a cause; and Jeff, the baby of the family, is a famous singer.

When these four wildly disparate siblings reunite to pack up the belongings of their childhood home, old wounds are re-opened and rivalries quickly boil over.

Complicating matters is the stunning revelation that that Jeff plans to hold a press conference and announce to the world that he is gay and dying of AIDS, a move that was unheard of when the movie takes place in 1990. While his sisters conspire to keep the information in the family, Jeff is forced into a battle of wills that severely tests his battle for life.

Laced with laugh-out loud humor and heart-tugging emotion, “17 Days” is based on the award-winning play that captured the hearts and minds of thousands of theater-goers and critics alike.

Although “17 Days” deals with controversial subject matter, audiences across the country have embraced it. At its core, it is a story about the love and hate that every family goes through at some point. Simply put – it takes a lifetime to get to know your family… what if you don’t have that long?

Jeff MacArthur – Late 20s
The youngest of the MacArthur siblings, Jeff is a famous singer who is dying of AIDS. Struggling with his past and his future, he is a complicated man who doesn’t always make the best decisions, especially when it comes to how he deals with his family.

Elizabeth MacArthur Jennings – Early 40s
She is a conservative United States Congresswoman who always has to be in control and always needs to have the last word. The situation with her brother makes her face up to some harsh realities about who she is and the way she has conducted herself.

Mary Ann Baker – Late 30s
The widowed mother of two feisty daughters, Mary Ann is the one who always wants to make everything okay, even if it means ignoring some unpleasant truths.

Jenny MacArthur – Early 30s
A firebrand and unapologetic loudmouth, the three-times divorced Jenny never has a problem saying what’s on her mind, even if it hurts the people around her and sometimes herself.

Edith Anderson – 70s
The MacArthur’s next door neighbor presents herself as a nutty old lady, and while that may be partially true she knows a lot more about what is going on than she admits.

Breeann Baker – 16
Mary Ann’s eldest daughter takes more after her rebellious aunt Jenny than she does her mother.

Lucy Baker – 12
Mary Ann’s youngest daughter is an earnest girl who has been forced to grow up much faster than any 12-year-old should ever have to.

The MacArthur family home in Cedar Rapids, Iowa, circa 1990. A wide front porch with a swing surrounds the living room, dining room, and kitchen. A staircase leads to an unseen second floor. The decor is typical Midwestern.

“Although the four MacArthur children are exceptional people… each in his or her own way reflects the simple, decent values of the place they come from… Every one of Garman’s characters is easy to like and it has been a long time since playwrights bothered to put pleasant human beings on stage.” “…faithfully capture(s) the bitterness of family conflict, and the stubborn willfullness that constantly provokes the intrinsic harmony of people who have spent their childhood together….”

“…so genuine that it just as well could be happening to the family next door. The story prompts laughter and tears in equal measure as it tackles some of the AIDS crisis’ most troubling issues.”

“Garman’s characters have the same hopes and concerns of anyone else, and they possess the sort of quick wit and charm that wins over an audience.”

“In a moving, often-humorous family drama about three sisters and their younger brother, first-time playwright Rick Garman strikes an emotional motherlode in 17 Days. Although the play is one of many that incorporates AIDS, the trauma is not used as the disease of the week, but rather, as a change that affects real people caught in the web of family politics.”

“…pulsates with interesting and likable people.”

“17 Days is Garman’s first play. Let us hope there will be more to come as he could be our next Inge, Williams, etc.”

“In my almost 30 years of being a critic, I do not remember crying during any other production.”

“It’s a theatre piece you should not miss.”

“…Garman’s very humanistic situation brims over with emotions that reduces many to reach for their tissues.”

“…it is a testimony to both the writing and the subject that this piece slowly builds an emotional force that in the end ennobles both the characters and the issues with which they struggle.”

“A powerful and moving piece of theater…”

“Garman has created a flowing, nicely paced work that entertains as it educates. The play is as remarkably funny as it is deeply emotional.”